The 13th and 16th Amendments to the Constitution, respectively in 1987 and 1988 made both Sinhala and Tamil as the Official Languages and English as the Link Language. Accordingly, the Department of Official Languages presently functions as the facilitator to the effective implementation of the Languages Policy as enshrined in the Articles 18 and 19, Chapter IV of the Constitution, and performs the main functions such as providing translation services to the government, improving language skills of public servants and compiling glossaries, language text books and dictionaries.

This Department which comes under the purview of the State Ministry of Public Administration and Home Affairs and headed by the Commissioner of Official Languages maintains its registered office at “Basha Mandiraya”, No 341/7, Kotte Road, Rajagiriya.

“A Trilingual Society enriched with Peace and Harmony”

Functions of the Department 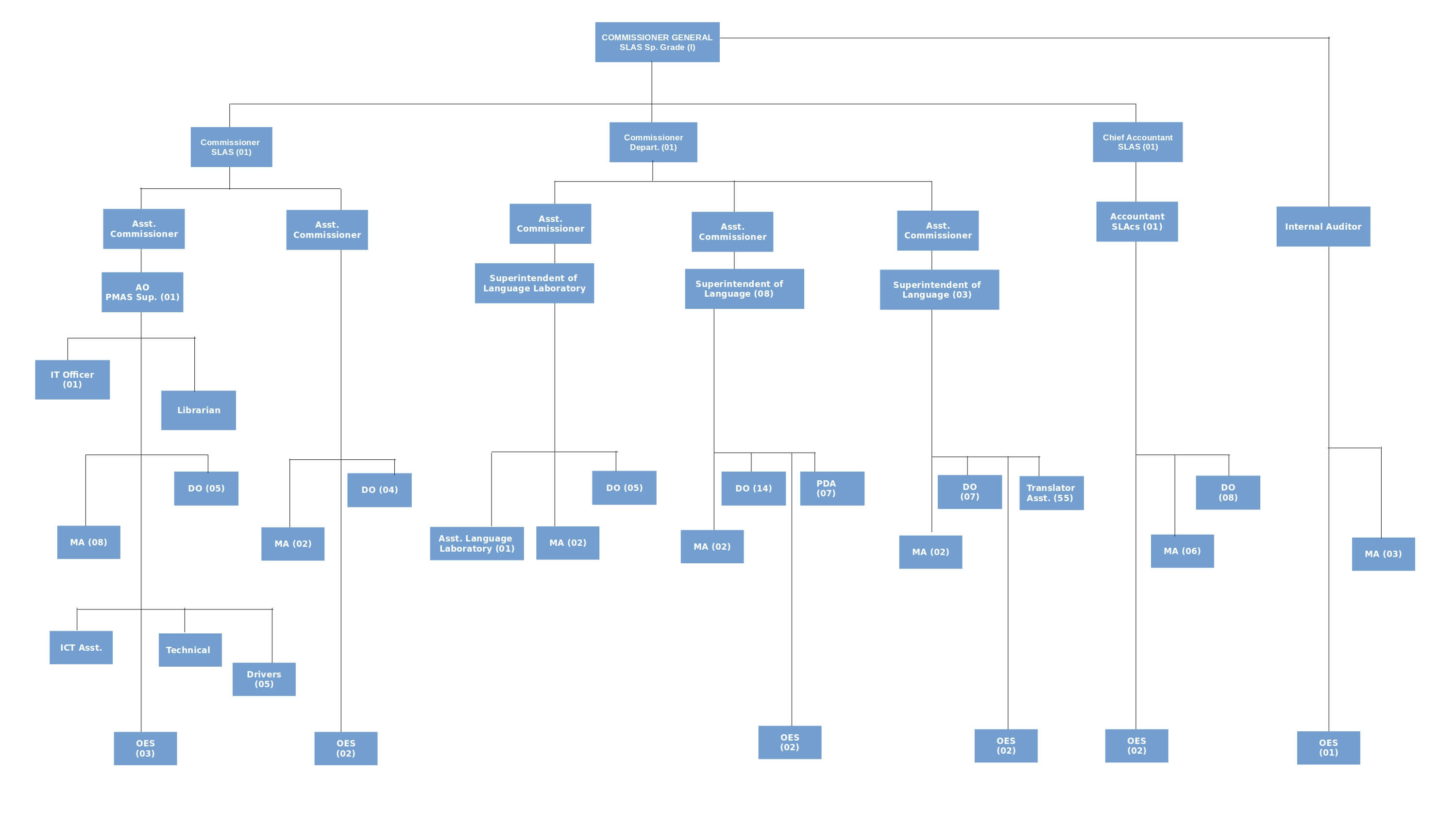